Save work
Report work
GO DOWN

Art is always a question of form. To communicate, to express: a question of form. When the form changes, the meaning does, too: the invention of printing brought new possibilities for storytelling, new perspectives about human beings, novels. New form, new point of view, new meaning. 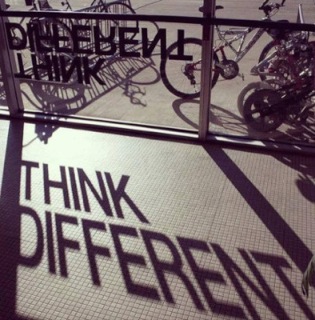 Writing began on stone. Later, the invention of paper changed everything. More recently screens have radically changed how we communicate, how we tell stories.

I’m writing on a screen page, on a page of light.

In fact, for a long time now most of my writing (and my reading) happens on a screen, like it’s happening with most people. With this, I haven’t forgotten that screens are descendants of the cinema. Like Adèle du Lac used to say: 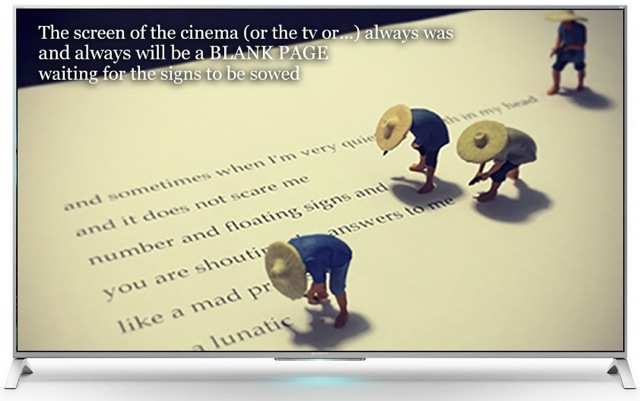 For my seven year old daughter to tell a story she uses words and/or drawings and/or photography and/or sounds and/or moving images . She can also learn to use and combine different tablet writing/drawing/editing applications very easily.

A child’s first and very rich language is drawing. When they learn to write the letter “a” for first time, they still think they are drawing. On another note, the oldest living written language of mankind, Chinese, even 4,000 years later, is still dominated by images: the pictograms, more commonly known as “characters”.

In fact, the first inscriptions of human language on stone were images…Comparatively, so primitive and naive are today’s Emojis!

When I visit the Facebook page of a Japanese, Chinese or Korean friend, new iconic images are everywhere. And even though they are leaders in this area, it is far to be an exclusively Asian linguistic phenomenon. So much interaction between people is being expressed everywhere solely through photographs, drawings and animated images instead of words.

All of this brought a realization that I expressed in the form of a simple question to the students of creative writing at the University of Seville when I gave my conference “To Read and to Write on and for Screen Pages” (in Spanish):

(English translation: How will you write a written dialogue in the future between two characters in their Whatsapp or Facebook? You will invite the reader to also “read” photos, gifs, videos and sounds, alongside words and emojis, just like the people you would like to portray actually write in their reality?) 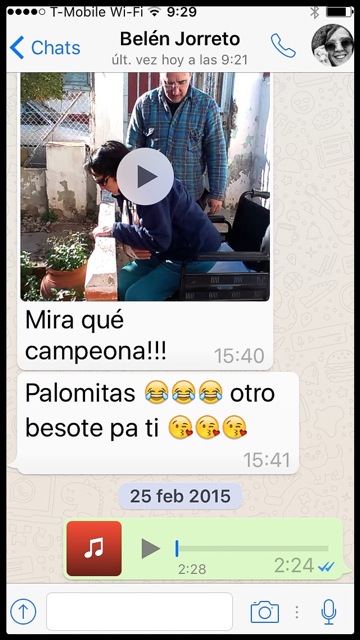 A new popular language is quickly being developed by the people, in a global radical transformation of what writing(s) means. Nobody knows for sure what grammar or syntax to use. It’s just happening, everywhere, at the same time.

URL of this publication: